Alan Adler wrote an article in Freight Waves yesterday reporting on the increase in orders for Class 8 trucks.  Class 8 rigs are the other road semi tractors that pull large trailers.  Here is his article:

After coming out of the lockdown stage of the pandemic, which is again raging in many parts of the U.S., new equipment orders for 2021 delivery remain robust. Fleets continue to order Class 8 trucks in large quantities for 2021 delivery.

Consumer retail sales rose for the fifth consecutive month in September, according to the U.S. Department of Commerce.

Trailer orders in September were the second-highest on record at more than 50,000.

“There is a long relationship between the strength in carrier profitability and U.S. Class 8 tractor demand,” Vieth told FreightWaves. “When truckers make money, it affords them the opportunity to upgrade their fleet, buy new equipment and lower their tax bill.”

Manufacturers and suppliers that shut down for most of March and April could see some pullback if the virus leads to more shutdowns. But their plants are now set up to safely operate despite the virus. That was untrue during the first wave in March and April.

“There is a symbiotic relationship between heavy-duty freight rates and medium-duty demand,” Vieth said. Clearly, the shift in consumer spending from experiences to goods has been beneficial for the providers of local trucking services, as e-commerce has grown by leaps and bounds during the pandemic.” 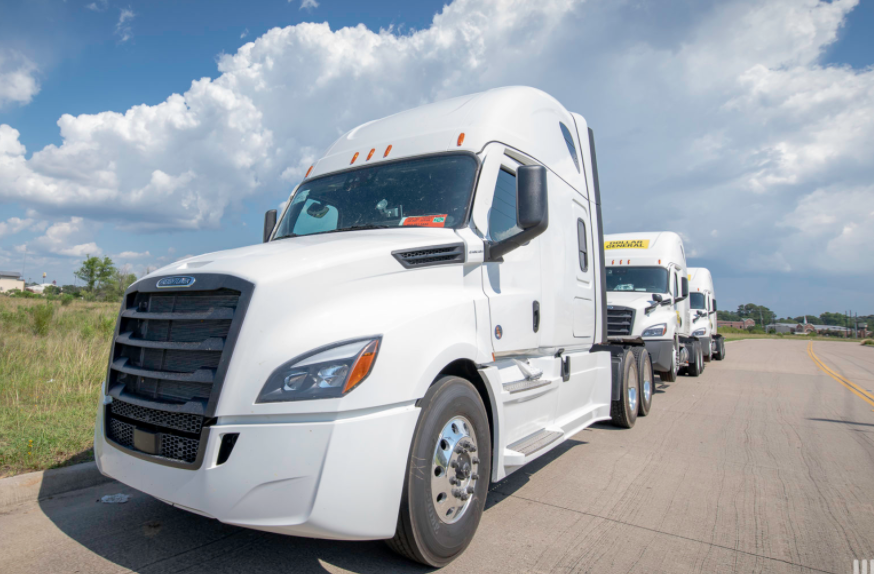