In 2019, the Trucking Industry was facing a significant shortage of qualified drivers.  COVID-19 turned the U.S. economy upside down in early 2020 but now things are turning around for the Trucking Industry.  A recent article in Fleet Owner provided some interesting details about the current state of trucking:

Fleet recruiting experts discuss the challenges of finding drivers as the economy improves and how to solve them.

Many signs in the trucking industry are pointing to strong demand for freight as 2020 ends and 2021 begins, though individual fleets are grappling with a multitude of factors, making it more difficult to find drivers to move that freight. The for-hire segment’s driver supply is dwindling due to the retirement of veteran truckers, drivers’ ability to pass drug tests, and competition from other “blue-collar” industries such as manufacturing and construction, as well as local delivery and private fleets.

At the same time, the economy is preparing to awaken from the long slumber it’s been in since COVID-19 hit. FTR Transportation Intelligence projected utilization will accelerate in Q1 of 2021, pushing freight rates higher than the 10-year average by the next summer. That would be on par with 2018 numbers.

The National Transportation Institute is hearing that a major recovery could start this fall. In this regard, Q4 is going to have a 2018 feel, “but with complications,” said NTI CEO Leah Shaver

“Most fleets report that they could do four times the amount of work that they are doing, if only they had qualified drivers,” Shaver said during a recent FleetOwner webinar sponsored by Salesforce on driver retention and recruitment.

Due to the pandemic, training schools and the Department of Motor Vehicles installations have reduced capacity or closed—with some schools dropping by 40%, limiting the amount of newly certified drivers available. Furthermore, 71% of fleets halted training programs, according to an NTI survey. All together, Shaver said the new pool of drivers could be reduced by 30 to 40%.

Now there is a mad dash to find qualified drivers.

“After stalling the recruiting pipeline for at least Q2 and even part of Q3, most [fleets] are reporting extreme challenges and increases in cost as they rebuild their pipeline,” Shaver said.

Some of those extreme challenges in long-haul trucking are all part of the job, Shaver, a former driver recruiter and fleet director of human resources, explained. “Driving is overall considered undesirable. It has long days, is physically demanding, there’s heavy oversight and an independent demographic,” she said.

Private fleets and local delivery jobs negate some of these hardships.

“The wages tend not to be as much, but you get more home time, obviously, and also you have a lot less federal regulation to worry about,” said Avery Vise, FTR vice president of trucking, on local delivery.

Other industries are also siphoning off potential talent by offering equal or better pay with a better work-life balance. According to the U.S. Bureau of Labor Statistics, heavy and tractor-trailer drivers' median pay is $45,260. By contrast, a machinist median wage in 2019 was $45,750. That requires up to two years of training, done on-the-job, and/or through vocational schools and community colleges, but the job is more predictable and there are no long periods away from home.

Making matters worse, the generation gap has created a situation where the drivers who love what they do simply can’t rack up miles like they used to, the spirit willing but the body always isn’t. Retirement accounts for 54% of the driver shortage, NTI said. And when Baby Boomers retire, the smaller Generation X pool is not a large enough source from which to draw.

Then there’s the challenge of finding drivers who can pass a drug test. The Federal Motor Carrier Safety Administration’s Drug & Alcohol Clearinghouse, which tracks those who have tested positive and if and when they can return to duty, identified 29,000 drivers who failed drug tests or refused to take them from late 2019 to July. Shaver noted that due to the strict rules and fleets now hair testing, potential candidates are “self-selecting” and leaving the industry.

The most obvious answer has been to increase pay. In 2018, NTI found driver pay increased by 10% to make up for the under 4% unemployment and increased driver demand.

The same thing is happening now. “Demand continues to surge and freight rates are accelerating, so driver pay is as well—and at a rapid pace,” Shaver said. “Driver wages, which have traditionally lagged behind inflation and outlined a gap between for-hire and private fleets, are actually accelerating in response to rising freight rates as increased demand has outstripped capacity in most markets and turnover is on the rise.”

Adopting tactics such as salary pay, hourly pay, hybrid mileage, and dedicated lanes can also woo or keep drivers. Wage hikes are a good start, but Shaver said driver engagement must accompany those increases. These include video messages, surveys, and overall transparency from the top of the organization. Allowing drivers to grow and obtain leadership roles can also ensure drivers make trucking a career. Driver wellness programs can also mitigate driver wear and tear and keep those good drivers on the road longer. 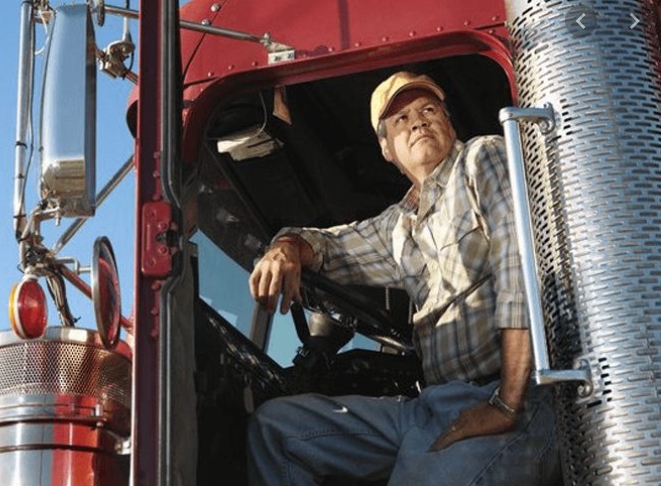 Truck Drivers that are Baby Boomers are retiring in big numbers in 2020.