Female drivers constitute 10% of the truck-driving workforce, according to Women In Trucking.

A group of lawmakers has reintroduced the Promoting Women in Trucking Workforce Act, which aims to support women entering the industry.

The legislation would direct the administrator of the Federal Motor Carrier Safety Administration to establish a Women of Trucking Advisory Board. It would identify trends that discourage women from trying to enter the industry and promote organizations that provide training and mentorship programs. The board would be composed of no fewer than seven members.

Additionally, the bill would require the FMCSA administrator to submit a report to Congress detailing the strategies recommended by the board and his or her actions to adopt those strategies.

According to the Women In Trucking Association, women make up 10% of the truck-driving population.

“In Wisconsin, we make things, and we need to ensure we have a strong workforce to transport our goods to market,” Baldwin said. “Removing the barriers that get in the way of women pursuing and retaining careers in trucking is key.”

The legislation originally was introduced in November 2019. A spokesperson for Baldwin’s office said the bill was referred to the Commerce Committee, but did not receive a hearing. A spokesperson for Moran’s office said Moran worked with the Commerce Committee to include this bill in surface transportation reauthorization legislation, which did not move forward last year.

In the House of Representatives, the bill’s companion legislation is backed by Mike Gallagher (R-Wis.) and Sharice Davids (D-Kan.). Gallagher participated in a ride-along with a Women In Trucking Association member in 2018. The association is based in Plover, Wis., the home state of Gallagher and Baldwin.

Moran indicated the legislation could help offset the industrywide truck driver shortage, which has ranked No. 1 on the American Transportation Research Institute’s Top Industry Issues list four years in a row. American Trucking Associations estimated a shortage of 60,800 drivers at the end of 2018.

“Over the past year, we have relied on the essential service the trucking industry provides to transport critical resources to Kansas and across the country during the COVID-19 pandemic,” Moran said. “As the trucking industry continues to face a driver shortage, we must find new ways to recruit and retain drivers, including supporting women pursuing careers in trucking.

“This sensible and bipartisan legislation will lead to new job opportunities for women and promote equality for those who are currently working in the trucking industry.”

In a letter to the senators who reintroduced the bill, Ed Gilroy, senior vice president of legislative affairs for ATA, expressed strong support for the legislation. Gilroy said the industry has increased the number of female truck drivers by 68% since 2010, but women still remain underrepresented.

“Empowering women to thrive in an industry that provides significant compensation and benefits packages achieves the twin aims of improving gender parity and tackling the growing truck driver shortage,” Gilroy said in the letter. “We look forward to working with you to enact this thoughtful and timely legislation.”

This article was provided by
Eleanor Lamb | Staff Reporter for Transport Topics. 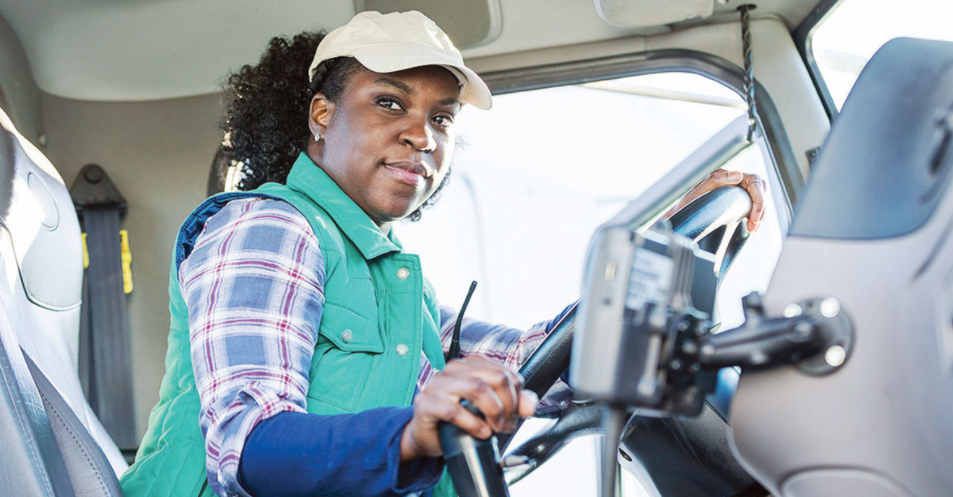