The Federal Motor Carrier Safety Administration has updated some of the Hours of Service Rules, effective 9/29/2020.  Here is the official FMSCA changes:

FMCSA revises the hours of service (HOS) regulations to provide greater flexibility for drivers subject to those rules without adversely affecting safety. The Agency: (1) expands the short-haul exception to 150 air-miles and allows a 14-hour work shift to take place as part of the exception; (2) expands the driving window during adverse driving conditions by up to an additional 2 hours; (3) requires a 30-minute break after 8 hours of driving time (instead of on-duty time) and allows an on-duty/not driving period to qualify as the required break; and (4) modifies the sleeper berth exception to allow a driver to meet the 10-hour minimum off-duty requirement by spending at least 7, rather than at least 8 hours of that period in the berth and a minimum off-duty period of at least 2 hours spent inside or outside of the berth, provided the two periods total at least 10 hours, and that neither qualifying period counts against the 14-hour driving window.

Not everyone in the industry is happy about the changes.  Some claim the Feds have not done enough.

Here is an article from Landline:

FMCSA plans to roll out new HOS rules on Sept. 29

One of the key takeaways from FMCSA’s 2020 Trucking Safety Summit is that the agency plans to move forward with its Sept. 29 rollout of the new hours-of-service regulations.

FMCSA acting Administrator Jim Mullen said during the Aug. 5 online event that the plans to put the reformed rules into effect at the end of September remained “on track.”

Those rules, which the agency has said are intended to provide more flexibility to drivers, include:

While stating that the rules still don’t go far enough, the Owner-Operator Independent Drivers Association has been supportive of the final rule. Earlier this week, OOIDA filed formal comments in support of the changes, saying the new rules will accomplish FMCSA’s intended goal of providing drivers with more flexibility and control over their own schedules.

“For many years, OOIDA members have repeatedly told lawmakers and the FMCSA that the existing hours-of-service rules are not sensible for today’s trucking industry,” OOIDA wrote in formal comments signed by President and CEO Todd Spencer. “The current hours-of-service regulations that dictate a truck driver’s work schedule are overly complex and provide virtually no flexibility for drivers. They effectively force drivers to be on the road when they are tired, during busy travel times, during hazardous weather and road conditions, or when they simply are not feeling well.

“The unyielding 14-hour clock also pressures truckers to drive faster when they’re running short on available time. Additionally, drivers are frequently at the mercy of shippers and receivers in regards to loading and unloading their truck, which consumes between 11 and 20 hours in an average each week. Consequently, today’s hours-of-service requirements have not resulted in statistical improvements to highway safety.”

However, there also has been opposition to hours-of-service reform.

The Teamsters joined the Advocates for Highway and Auto Safety, the Citizens for Reliable and Safe Highways, Parents Against Tired Truckers, and the Truck Safety Coalition to file a petition for reconsideration on June 30.

“The weakening of the hours-of-service rules will undoubtedly endanger the lives of truck drivers and the citizens with whom they share the roads every day,” the organizations wrote. “Despite claims that these revisions will empower drivers to make independent choices to address fatigue more efficiently, the repeated mention of traffic, foul weather, and detention time belies this claim as the agency’s actual justification for this proposed change to the hours-of-service rules.”

In its petition, CVSA requested that FMCSA reconsider language in the final rule related to adverse driving conditions, the use of personal conveyance, and existing hours-of-service exemptions that CVSA says “will become redundant or inaccurate when the final rule goes into effect.”

CVSA is concerned that the adverse driving provision could be used in conjunction with the 150 air-mile radius exemption, that the rule didn’t alter the definition of personal conveyance, and that the new rules mean that some of FMCSA’s existing exemptions should be rescinded or revised. 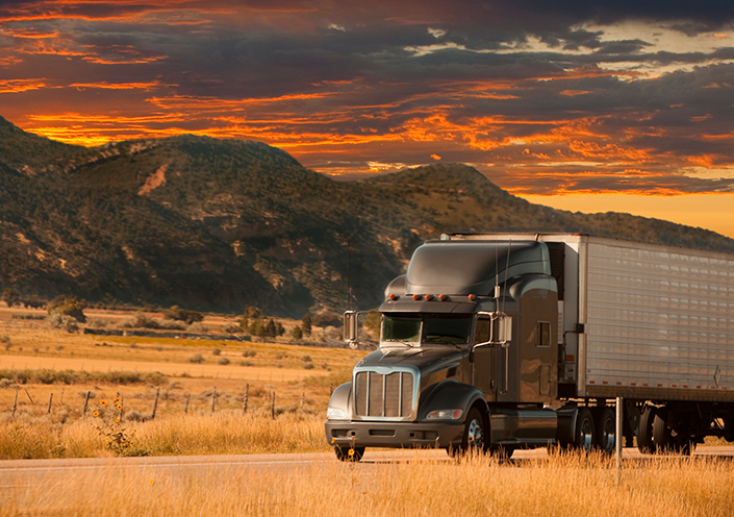